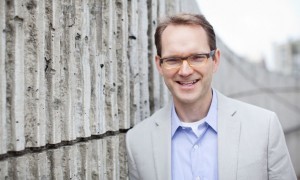 Bruce Kiesling was named ASO Music Director and Principal Conductor in May 2016, with the 2022-2023 season marking his seventh on our podium. Since his appointment, ticket sales and sponsorships have increased, and his concert comments and insider stories have become popular additions to programs. His tenure includes a return to large orchestral masterworks at the Adrian Symphony with performances of the Tchaikovsky Symphonies No. 4, 5, and 6, Holst's The Planets, and Orff's Carmina Burana, among others. Bruce's other passion is music education, where he regularly works with outstanding youth orchestra programs. For five years, Bruce worked for the Los Angeles Philharmonic, where he conducted the YOLA program. YOLA is Gustavo Dudamel's signature music education program, which brings free-of-charge musical opportunities to underserved youth in Los Angeles.

Bruce has conducted at the country's most famous concert halls, including the Kennedy Center, Carnegie Hall, the Hollywood Bowl, Walt Disney Concert Hall, Davies Symphony Hall in San Francisco, Ozawa Hall at Tanglewood, and SPAC. Bruce has worked with a huge variety of artists in classical, Broadway, and popular music. This past season he appeared twice with the San Francisco Symphony, once on New Year's Eve with Emmy winner Darren Criss and then again in Summer 2021 with the indie-rock band: the Airborne Toxic Event. In the Broadway realm, Bruce has conducted performances with Jason Alexander, Lonny Price, Jodi Benson, Betsy Wolfe, and Stephanie J. Block.

In the film music world, Bruce has conducted live-to-picture performances of "Star Wars," "Raiders of the Lost Ark," "Harry Potter and the Sorcerer's Stone," "Psycho," and "Casablanca." He will add to that list with live-to-picture performances of "E.T" The Extra-Terrestrial," "Home Alone," and "Harry Potter and the Prisoner of Azkaban" in the upcoming season.